A high minimum investment requirement, emphasis on proper due diligence and a firm commitment to transparency are some points listed by Cypriot authorities in defence of the country’s citizenship by investment program.

Often accused of permitting shady deals and putting the country’s citizenship and passport up for sale, the Cyprus Investment Promotion Agency, which implements the investment immigration program, says citizenship is only granted if stringent requirements and eligibility conditions are met. 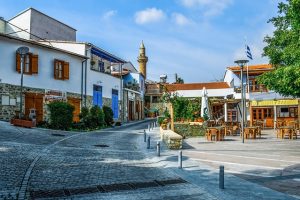 Recent criticism has prompted Cypriot lawmakers to seek a new law covering disclosures about not just the program and its candidates, but also companies arranging citizenship for foreign investors.

Under the proposed law, auditing companies, legal firms and other agencies offering citizenship by investment services will be required to open their affairs to public scrutiny. Further, the law will also require all those active in public life to disclose details of their ownership stakes in such companies.

These measures are expected to improve transparency and reduce risk of service providers taking advantage of their close relations with politicians to bypass the requirements and conditions of the citizenship by investment program.

The proposals come following criticism of the way the government has implemented the investment immigration program that has offered citizenship to more than 1,600 individuals since 2011.

The concerns are expected to the addressed once the proposed law is enacted. Since

Information on specific investment immigration program candidates has privacy implications and has therefore been excluded from the law under consideration.

The new measures are aimed at securing Cyprus’ status within the EU and protecting it from accusations of putting EU citizenship up for sale.

Cyprus citizens, by virtue of its EU and Schengen Agreement membership, have the right to live and work in all other EU-member nations.

In the past, there have been reports about the program being misused by wealthy Russians and Ukrainians to gain access to the EU.

Despite the concerns, the program is unlikely to be abolished since it helped the Cyprus attract valuable foreign investment following the 2008 global economic crisis.

With the Cyprus recovery gaining strength, these programs, along with others like the ones offered by Portugal, Spain and Greece, are expected to become more exclusive, with greater emphasis on factors other than inflow of foreign direct investment.