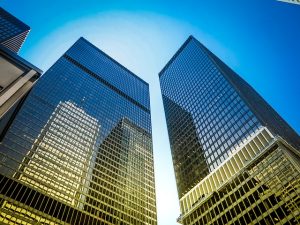 The cases surround 90 Chinese citizens who paid a total of $11.9 million and were denied entry to Canada. They allege fake or invalid immigration documents were issued by government after millions of dollars were invested in a Yukon based Hotel under the Yukon Business Nominee Program.

In July 2015, 60 candidates were called for an interview with Canadian authorities in Hong Kong, according to Zhelun, and told their documents, allegedly issued by the Yukon government, were fake or invalid.

Applicants were informed their immigration applications were denied and they would not be allowed to reapply for five years under Canada’s inadmissibility rules.

Under agreement, candidate funds, including an ‘application cost’ of $50,000, was paid to UCII. The lawsuit seeks to recover the $11.9 million, with Zhelun saying UCII accepted the money was returnable if the immigration applications failed. None of the allegations have been proven in court.

Not a New Problem

Fraud involving investment based immigration programs is not a new problem for Canada immigration authorities.

Fraud is an issue dating back to the start of Canada’s investment immigration industry in the 1980s.

More than 20 years ago, in 1995, James DeRosa submitted a paper at the request of Canadian federal authorities titled ‘The Immigrant Investor Program: Cleaning up Canada’s Act’, outlining many of the issues then associated with Canada’s provincial business immigration programs.

It featured an audit of the 1990s Manitoba business program which the government paused due to several proven irregularities that appear directly applicable to the latest case involving the Yukon program. The audit uncovered a significant number of problems concerning related party transactions.

The 1995 paper goes on to highlight the numerous instances of embezzlement, mismanagement of funds, overcharging and misrepresentation of information under provincial business immigration programs.

All of this makes a clear case for the continuing need for the utmost scrutiny of business immigration programs at the earliest stages by provincial authorities. It also highlights that despite significant progress being made for the imposition of industry safeguards since 1995, cases like the Yukon hotel are still emerging in 2017.

When investment-based immigration programs are structured with proper compliance safeguards, they benefit the economy. This is the case with the Quebec Immigrant Investor Program, a stream that has imposed layers of due diligence mechanisms over the past 30 years and is Canada’s leading business immigration program. The QIIP is the only passive provincial investment immigration program in Canada.

Under the Quebec model, investments are secured by the provincial government and managed by Investissement Quebec, a Quebec government agency. Only after a government approved third party financial institution has vetted all documentation for program compliance, the agency then allocates the applicant’s investment directly to qualified Quebec businesses.

The incidence of malfeasance under the Quebec program is zero. Between 2001 and 2016, Quebec gave $714 million to 4,737 businesses in the province.

At the federal level, Ottawa will likely soon face its own credibility challenges under its Canada Start-Up Visa Program, and particularly, the incubator stream, launched in 2013 by the former Conservative government.

To date, fewer than 400 investors were issued Canadian permanent residence on the basis of approved investment projects managed by government designated entities, mostly under the incubator stream.

However, many of these entities have limited track records in the high-risk secondary financing market. Most operate on the unwritten premise that an investor’s investment implicitly serve as the cost for an investor and family to quickly acquire Canadian permanent residence.

Approved investments will bring significant revenue streams to the approved program incubators but the majority of the start-up companies they finance, will never realize any operational revenues. This will bring into disrepute, the entire Start Up Visa program.

Canada is not the only country to experience problems with investor-based immigration malfeasance. There are a number of ongoing court cases involving the U.S. EB-5 investment program, while the reputation of several of the Caribbean citizenship programs have been significantly damaged.

Ottawa, along with the provinces, must carefully draw upon the successes of the Quebec program as well as a number of credible third party recommendations outlining how to safeguard investor interests when launching business immigration programs.

Governments must continually review and re-assess compliance mechanisms and quality assurance procedures to ensure program objectives are being realized and that the risk of fraud is minimized.

Canada’s reputation as a reliable player in the investment immigration industry, will otherwise be compromised.